IELTS Known as International English Language Testing System (IELTS) is a test that measures the language proficiency of people who want to study or work in Environment where English is used as a language of communication. It is jointly managed by University of Cambridge ESOL Examination, the British Council and IDP Education Australia.

Basically, the IELTS test is composed of two Modules: Academic Module and the General Training Module.

IELTS Academic: IELTS Academic is intended for those people who are planning to attend university for an undergraduate or postgraduate degree or simply wants to work with a professional organization.

IELTS General: IELTS General is intended for studying courses below degree level, work-related training or if you intend to emigrate to an English-speaking country.

The total time duration for the IELTS Test is 2 hours and 45 Minutes and the scores are reported in “bands” for individual modules and overall test. All the candidates are required to take the same Listening and Speaking test, while the Reading and Writing Modules differ depending on whether the candidate is taking the Academic or General Training Versions of the Test.

The first three modules of the test i.e. Listening, Reading and Writing (always in the same order) are completed in a single day without any break. However, the speaking module may be taken on the same day or up to seven days before or after the test.

The candidate receives a score for each test module – Listening, Reading, Writing and Speaking. The individual score is then averaged and rounded to produce an Overall Band Score.

IELTS is scored on a nine-band scale, with each band corresponding to a specified competence in English. Overall Band Scores are reported to the nearest half band.

The nine bands scale are discussed below:

What Our Students Say 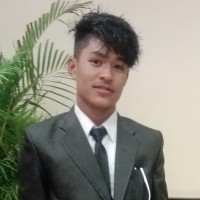 My experience with Arushi International was so good. People were very friendly. Everything was done in time. They were worried about preparing my documents as much as I was. They were really helpful. They tell everything in detail like making documents, how to give interview etc. With Arushi International, you can be 100% sure that you are in good hands and they will do everything in their power for your dream of abroad study. 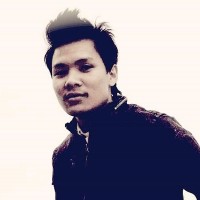 Arushi International Consultancy teacher teaches many study skills of the middle east educational system, which is good preparation for your overseas study. Thank you all! that I have successfully been enrolled in Bahrain for hotel management.

Thank You Arushi International Consultancy. Thanks for giving me such guidelines which led me to grab the fruit of success.